Picture this: You’ve just had an intense, emotional break-up – one minute you have a partner, and the next you have an ex. And what’s this? A feeling of sexual arousal waves over your body – surely not? How could you possibly want to have sex with someone when your heart is breaking?!

Well, my friends, break-up sex isn’t just the stuff of movies – although it probably ends better in hollywood. When you break up with someone, your feelings don’t disappear overnight, whether you’re the one who initiated it or you were on the receiving end. A break up with someone who you loved and who was a significant part of your life is one of the most difficult experiences people go through. There’s a reason best selling books are written about it, top rating hits go down in history and the storyline of most rom coms feature an intensely steamy scene. Break-up sex is captivating and it’s pretty common to find yourself having sex with your ex. Whilst break up sex is certainly tempting – is it ever a good idea?

Breakup sex: It could serve you a false sense of hope

There may be a few exceptions, but mostly, break ups are not completely mutual or equal. One partner is usually responsible for initiating the split. If you’re the person who was broken up with, sex may entice you into a false sense of hope. Though, please remember – when someone initiates a break up, they’ve often gone through a process to make this decision, and sex isn’t going to magically erase their decision. If you’re hanging onto the hope that sex will ‘fix’ the issues, it’s likely you’ll be hurt.

It may hold you back

It may take you some time to move on from your ex. Clients will often ask me – ‘how long will it be until my heart no longer aches?!’ and I wish I could give them a specific timeframe to count down. But the reality is, healing is unpredictable and it’s rarely linear. There’s no set time on how long you might grieve the ending of a relationship and all the hopes and dreams that were invested in it. And whilst break up sex may provide temporary relief, it may also stop you from moving on.

During sex, physical touch, orgasm or intimacy, your body releases the feel good neurochemicals like oxytocin, dopamine and serotonin. These can make you feel really good for up to an hour after any intimate experiences. This is why you feel more connected to your body, the person you’re having sex with and even those who you see within that hour – strangers, family, your barista?! Which is why we call these neurochemicals the “love drug”. Humans are driven by feelings and emotions and are addicted to things that make us feel good. No wonder giving up sex with an ex is hard when you go cold turkey! You may be tricked into thinking your ex still loves you and that you still love them more than you do.

If the break-up isn’t mutually agreed, there will be a certain power imbalance. If either of you still have a glimmer of hope that you’ll get back together, it’s not fair to drag the other through the emotional rollercoaster. On the other hand, if someone has stated what they want (in this case – to break up) and you go in thinking you can win them over with a cool hand-job trick or a wild time, this may be a form of sexual manipulation. As hard as it may feel, it’s probably healthier for you to respect their boundaries and decision.

Breakup sex: So, is it ever a good idea?

This is context dependant – there are certainly some cases where break-up sex or a no-strings-attached sexual arrangement can go well. Say for example you’re moving countries or you both agree you’re at different stages in life and want to go out with a bang! It has a similar feel to the last day of school or the last day at a shitty job; everyones around you reminiscing on the good times and you think for a moment – perhaps it’s not so bad here – but alas you leave anyway! If you can take this approach into a break-up-sex scenario then it may be a great ceremonial farewell for you. 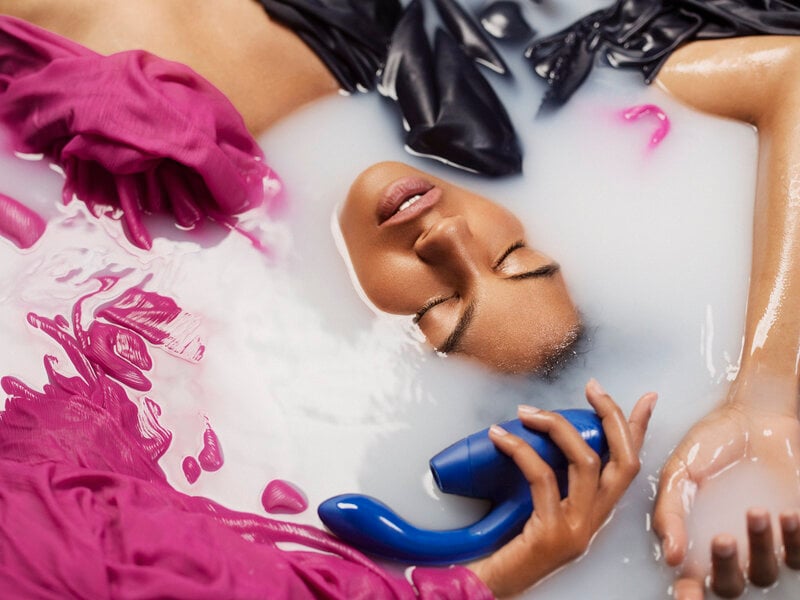 From Messages to Selfies: What is Sexting?

One thing is for sure: Sexting is also a powerful way to reignite your sexual intimacy in a relationship where the sex may have flatlined.

What women really want! A Manifesto

From Sigmund Freud to today: for centuries female sexuality has been a source of irritation for men. The confusion about “what women want” was and remains so fundamental that men have devoted whole libraries to . Because what we want is actually quite simple–if not easy.

Here at O*Diaries, we debunk the myth of the “female orgasm”, because equality starts with the climax.