Today We-Vibe is a leading sex toy producer, with a wide range of toys and an international consumer base. But what was behind this meteoric rise and how did We-Vibe take the market by storm in such a short time?

How did We-Vibe make a name for itself?

Media hype surrounding the product only enhanced this impact, with renowned TV personalities like Dr. Oz and Canadian sex educator Sue Johanson both sharing the product with their huge audiences.

In 2009, only a year after the launch, the toy was announced as the bestseller at Germany’s Venus Awards. While experts believe this strong debut can be partly attributed to celebrity endorsement and discrete packaging, the unique design is what fundamentally captured people’s imaginations. Where sex toys may have once been treated as a sleazy topic, We-Vibe brought the concept to couple’s bedrooms across the globe.

Who is We-Vibe for?

After being in business for more than a decade, We-Vibe has continued to be a market-leader in terms of innovation and product functionality.

“We-Vibe has spawned a thousand imitators, but none of them work quite like the classic.” – GQ

The recent merge with WOW Tech has also meant that We-Vibe has also been able to stay ahead of the curve by integrating patented technology from sister-brand Womanizer.

The first of the “hybrid” creations from this collaboration was Melt by We-Vibe, which took We-Vibe’s existing bright and compact design style and combined that with Womanizer’s Pleasure Air Technology. The result? A clitoral stimulator that can be integrated into couple’s play and can be controlled via the We-Connect app.

All in all, an impressive debut.

What’s We-Vibe up to now?

As the sales of sex toys has grown in recent months during coronavirus-related isolation practices, We-Vibe has experienced a surge in growth too. While the We-Connect app was originally designed for a couples to control their toys with more ease and to connect couples over a long distance, the unexpected quarantine measures have made We-Connect the must-have toy accessory of today.

Whether a partner is overseas or just quarantined in their apartment across town, the app’s video chat and remote toy control functions are taking the sting out of social distancing for many. As the app works only with We-Vibe toys, the immediate future for We-Vibe seems guaranteed to be successful – but what comes afterwards? 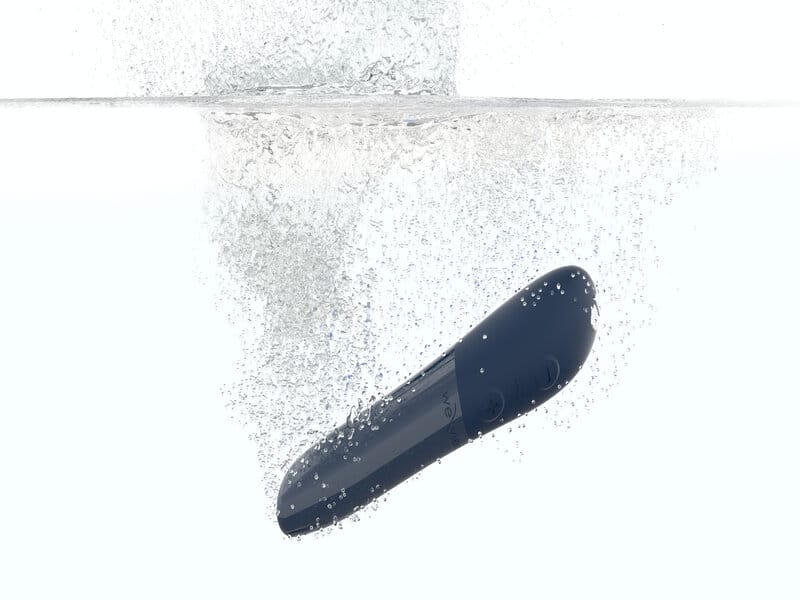 Fancy a reciprocal massage? Then take Touch X to bed with you!

What’s next for We-Vibe?

As a company that is rooted in innovation and creativity, it only makes sense that some of We-Vibe’s newest releases are fresh takes on nightstand-essentials. Just one example is the Wand by We-Vibe. With their take on the classic wand massager, We-Vibe has reinvented the concept completely. From new intuitive features like Smart Silence and Autopilot, We-Vibe’s latest release has elevated body massagers like nothing before it.

Instead of resting on their laurels, We-Vibe’s team is consistently looking to improve and enhance. This is not only with the help and guidance of tech and design leaders, but more importantly, with the consultation of sexuality experts and innovators.

But when can consumers benefit from this hard work? The good news is that, as we have seen with their recent releases, We-Vibe isn’t shy about showing off their new results and outcomes. These toys that have undergone so much development and research are appearing on the market as we speak.

With such a focus on research and development and an investment in technology, We-Vibe has ensured that it will remain at the forefront of the sex toy industry. And it’s easy to see that sex toy users across the world will continue to benefit.

This is what happens to your body when you orgasm

Have you ever wondered what actually goes on inside your body when you reach the Big O? Well, we’ve got the answers…

Sexual trends come and go, but Taoism has been making waves for centuries…

The Ultimate Guide to Bondage for Beginners

Positive Self Affirmations: Talk to yourself positively

You can positively influence your subconscious with affirmations. Here we show you how to shift your mindset to the positive.

As we enter a new decade, let’s celebrate the concepts and practices that are growing in popularity. Dive into our sex trends of 2021 and maybe find some inspiration too…